Moviegoers will soar over red rock canyons, hurtle down steep mountain peaks and explore other-worldly realms found within America’s most legendary outdoor places. Along the way, the film becomes at once an action-packed celebration of the 100-year anniversary of the National Park Service and a soulful reflection on what wilderness means to us all.

“National Parks Adventure captures the stunning beauty of our wild places and reminds us these landscapes are an essential part of the human spirit,” states narrator and Academy Award® winner Robert Redford.

Filmed in more than 30 national parks across the country, this immersive film for IMAX® and giant screen theatres follows world-class mountaineer Conrad Anker, adventure photographer Max Lowe and artist Rachel Pohl as they hike, climb and explore their way across America’s spectacularly wild and beautiful places – including Yellowstone, Glacier National Park, Yosemite and Arches – revealing a tapestry of natural wonders that will inspire the adventurer in all of us.  Captured with IMAX 3D cameras and shown in full glory in giant screen theatres, National Parks Adventure celebrates the majesty of our national parks and treasured landscapes while highlighting the importance of protecting them.“There are 408 national parks in our country that many families have not been able to explore,” says two-time Academy Award®-nominated director Greg MacGillivray. “Our hope is that National Parks Adventure will encourage our audiences to discover the beauty and sanctuary of these American treasures, which belong to every one of us.”

Mike Pacheco, DynaTheater Manager says, “I chose this movie for our Theater because here in New Mexico we take pride in our National Parks. It is sort of a rite of passage when you live in New Mexico to go and experience the great outdoors, and if we can inspire people to continue to support our National Parks then we will be able to enjoy them for generations to come.”

This year, the United States celebrates the 50th anniversary of the National Trail Systems Act as well as the Wild and Scenic Rivers Act.

National Parks Adventure follows in the tradition of MacGillivray Freeman’s award-winning giant screen films – including Everest, Dolphins, The Living Sea and To The Arctic – that are set in some of the most extraordinary places on the planet.

Working in collaboration with Brand USA – which is the destination-marketing organization for the United States - allowed National Parks Adventure to become the centerpiece of their global marketing initiative for their 2015-2016 “Great Outdoors” campaign.

National Parks Adventure is a MacGillivray Freeman film produced in association with Brand USA and presented globally by Expedia, Inc. and Subaru of America, Inc. with major support from the Giant Dome Theater Consortium.

The DynaTheater is in the New Mexico Museum of Natural History & Science, 1801 Mountain Rd NW, Albuquerque NM, 87104. For information on tickets and showtimes, please visit the website at www.naturalhistoryfoundation.org.

Produced in association with Brand USA and presented globally by Expedia, Inc. and Subaru of America, Inc. with major support from the Giant Dome Theater Consortium

National Parks Adventure is a MacGillivray Freeman film produced in association with Brand USA and presented globally by Expedia, Inc. and Subaru of America, Inc. with major support from the Giant Dome Theater Consortium. The film is directed by Greg MacGillivray (The Living Sea, Dolphins, Everest) and produced by Shaun MacGillivray (To The Arctic, Grand Canyon Adventure). Academy Award winner Robert Redford narrates the film. Filmed with IMAX 3D cameras, National Parks Adventure is written by Stephen Judson (Everest, To The Arctic) and Tim Cahill (Everest) with a musical score by Steve Wood (Journey to the South Pacific, To the Arctic).

Brand USA is the public-private partnership responsible for promoting the United States as a premier travel destination and communicating U.S. entry/exit policies and procedures. Established by the Travel Promotion Act in 2010, the organization’s mission is to increase international visitation to the United States while working in partnership with the travel industry to maximize the economic and social benefits of travel. These benefits include creating jobs essential to the economy and fostering understanding between people and cultures. For industry or partner information about Brand USA, visit www.TheBrandUSA.com. For information about travel to and around the United States, please visit Brand USA’s consumer website at www.VisitTheUSA.com.

MacGillivray Freeman Films is the world’s foremost independent producer and distributor of giant-screen 70mm films with 38 films for IMAX and giant-screen theatres to its credit. Throughout the company’s 50-year history, its films have won numerous international awards including two Academy Award® nominations and three films inducted into the IMAX Hall of Fame. MacGillivray Freeman’s films are known for their artistry and celebration of science and the natural world. It is the first documentary film company to reach the one-billion-dollar benchmark for worldwide box office. For more information about the company, visit www.MacGillivrayFreemanFilms.com. 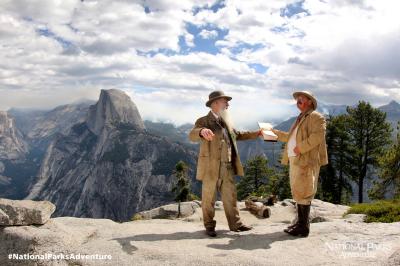 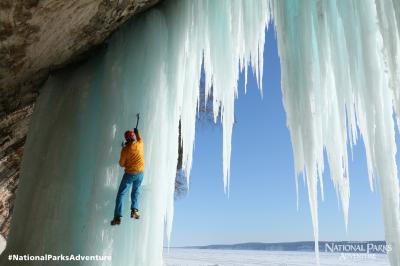