Next month, the New Mexico Historic Museum and the Santa Fe Book Art group jointly host a lecture by Santa Fe resident and professional calligrapher Randall Hasson. Hasson will recount the fascinating story of the creation of a new alphabet, of bringing the script into the digital world, and its spread at an astounding rate.  Mr. Hasson’s serendipitous meeting with Ibrahima Barry, one of two brothers who invented and implemented a unique alphabetic writing system in present-day West Africa is the topic of the presentation on this remarkable endeavor.

The lecture is free and open to the public. It will be held Friday, June 15, from 6 p.m. to 7 p.m. at the New Mexico History Museum Auditorium at 113 Lincoln Avenue, Santa Fe.

About the New Mexico History Museum and Palace of the Governors National Historic Landmark: http://www.nmhistorymuseum.org Opened in May 2009, as the state system’s newest museum, the New Mexico History Museum is attached to the Palace of the Governors National Historic Landmark, a distinctive emblem of U.S. history and the original seat of New Mexico government. The History Museum serves as an anchor of the campus that includes Palace of the Governors, the Palace Press, the Fray Angelico Chavez History Library, and Photo Archives. The Museum presents exhibitions and public programs that interpret historical events and reflect on the wide range of New Mexico historical experiences and serves as a history center for research, education and lifelong learning, delivering quality programs that encourage knowledge, understanding and appreciation of New Mexico’s diverse cultures. A division of the New Mexico Department of Cultural Affairs. 113 Lincoln Ave. in Santa Fe, NM 87501. (505) 476-5200. Hours: 10 am to 5 pm daily, May through October; closed Mondays November through April. Events, news releases and images about activities at the History Museum and other divisions in the Department of Cultural Affairs can be accessed at media.newmexicoculture.org. 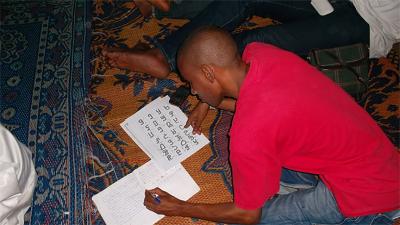