(Jemez Springs, New Mexico) – Get set to be serenaded Saturday nights this June and July by campers from the Hummingbird Music Camp performing at the Jemez Historic Site in Jemez Springs. The concerts will happen every Saturday night between May 26 and July 28 from 6 p.m. to 8 p.m. inside the 17th century wall of San Jose de los Jemez Mission.

After purchasing a spread of beautifully wooded land along the banks of the Jemez River, in 1959, Albuquerque music teacher Kenneth Lloyd Higgins and his wife Wanda opened the Hummingbird Music Camp. Over the next 58 years, the camp has hosted thousands of students and been the starting point of a life-long love of music.

For campers, one of the most memorable moments during a week of outdoor fun and learning was performing at the Saturday night concert held in Jemez Springs. Unfortunately, in 2017, the increasing cost of bussing the campers to and from the nearby community became prohibitive for Hummingbird. After over a half-century of performances, the Jemez Springs music pavilion sat quiet and empty.

Learning of this loss, New Mexico Historic Sites Director Patrick Moore discussed options with the staff from Jemez Historic Site about how a partnership might emerge to save this Jemez Valley institution.

“Our mission is to protect and preserve the culture and history of New Mexico” Moore said, “While the majority of the Jemez story revolves around the Jemez pueblo, the 20th century story of the camp is also important to understanding the state’s cultural history.”

Historic Sites and the Museum of New Mexico Foundation stepped in to support the program and to hold the weekly concerts within the picturesque walls of the historic mission.

Historic Sites Northern Region Manager Matt Barbour explained “Music has a long tradition at Jemez Historic Site and is a passion we share with Hummingbird Music Camp. This is an amazing opportunity for visitors to experience an amazing outdoor concert and explore the site after hours, while campers have the performance memories of a lifetime.”

In telling the story of the musical history in the valley, the site will have a pop-up exhibit on display during the concerts. “This new exhibit will highlight traditional Jemez music and create connections to the present with Hummingbird,” said Instructional Coordinator Ethan Ortega. “Learning about these roots make understanding why K.L. Higgins’ role in music education and creating the camp is so significant to New Mexico history.” 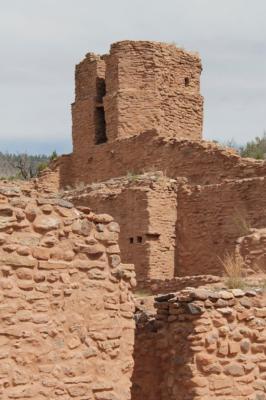 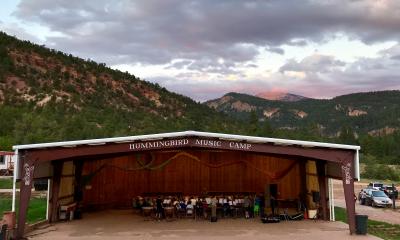