(Fort Sumner, New Mexico) – These are the free public events planned at the Bosque Redondo Memorial at Fort Sumner Friday, June 8 and Saturday, June 9, to commemorate the 150th Anniversary of the Navajo Treaty of 1868.

8:30 a.m. – 5 p.m. - Sneak peek of the new exhibition at Bosque Redondo with feedback sessions held throughout the day.

3 p.m. 4:30 p.m. – Sharing of Oral Histories, featuring; Suzanne Hudson, a Navajo tribal member who tells the stories handed down from her fourth and third great grandmothers who were at the Bosque Redondo concentration camp.  Suzanne tells her ancestors’ stories through pictorial quilts she has crafted.

10 a.m. to noon- Formal commemoration of the Navajo Treaty of 1868 with speakers from the Navajo Nation, Mescalero Apache Tribe and New Mexico government.

2 p.m. to 4:30 p.m. - Commemorative 7-mile walk of remembrance from the Bosque Redondo Memorial to Fort Sumer High School. Visitors are encouraged to participate. 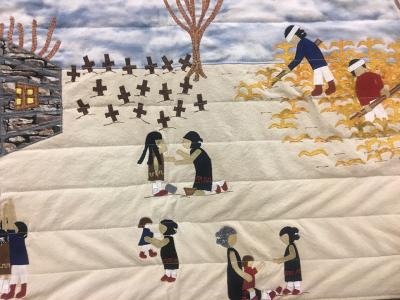 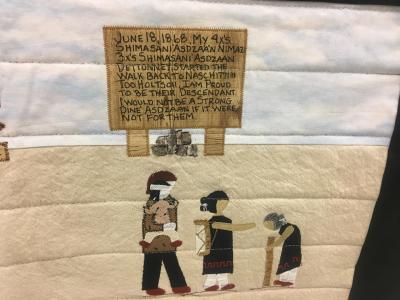 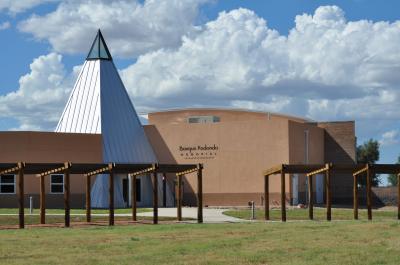 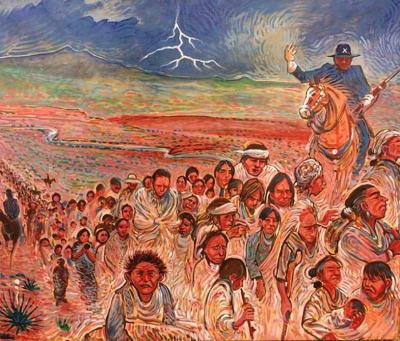 The Long Walk I, Painting by Shonto Begay, with permission from the artist 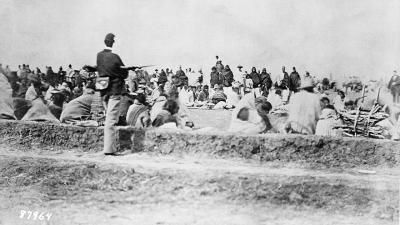