Museum of Indian Arts & Culture awarded $460,000 from the National Endowment for the Humanities


(Santa Fe, New Mexico) -- The Museum of Indian Arts and Culture (MIAC), announced today that it has been awarded a $460,000 grant from the National Endowment for the Humanities (NEH) to support the redesign and reinstallation of MIAC’s permanent exhibition, Here, Now and Always.

This $460,000 grant award is the maximum amount awarded in the competitive Public Humanities Project category. This visual narrative tells the story of the Indigenous peoples of the Southwest through often never before seen items from the museum’s extraordinary collections of some 75,000 cultural objects and more than eight million anthropological artifacts. Among the 800 objects to be displayed are ceramics, basketry, lithics, textiles, jewelry, two-dimensional art, sculpture, documents, clothing and more.

MIAC has been a national leader in tribal community collaboration for the design and development of interpretive programming and exhibits. The new Here, Now and Always exhibit is no exception as the humanities content and design was developed in collaboration with more than 75 tribal community members including tribal leaders, artists, historians and scholars.  .

MIAC Director Della Warrior said, “We are thrilled to have received this NEH grant that will be used to redesign and reinstall MIAC’s permanent exhibition, Here, Now and Always. It is the museum’s core exhibition and has not been updated in 20 years. This grant will significantly advance the complex, exciting, interpretive experience for the visitor that combines scholarship and Indigenous forms of knowledge.”

DCA Cabinet Secretary Veronica Gonzales said, “On behalf of the New Mexico Department of Cultural Affairs, I would like to express our gratitude to the National Endowment for the Humanities.  We are extraordinarily proud of Della Warrior and her group of gifted scholars and professionals—and kudos to the MIAC team that wrote this successful grant proposal.  The re-examination and re-installation of Here, Now and Always is vital to the understanding of, appreciation of, and respect for Native American cultures.  We anticipate the re-opening of Here, Now and Always with great excitement.”

The exhibit is scheduled to open in 2020. 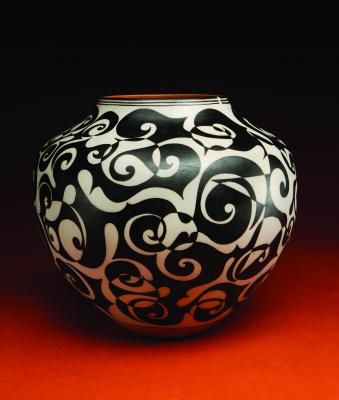