(Albuquerque, New Mexico) -- New Mexico is a state where many homes are adorned with Santos, retablos, depictions of patron saints, and other cultural icons based in Christianity, often crafted by local artisans. Recently, a diverse group of New Mexico Museum of Natural History employees and citizens serving as an advisory committee to Drugs: Costs and Consequences, the new show now open at the Museum received an education about a specific patron saint with a dark side.

His name is Jesús Malverde, a cult hero known as a Robin Hood figure who supposedly stole from the rich to give to the poor. Among his titles - Angel of the Poor, Generouse Bandit, and Narco Saint. Today, Malverde is considered the patron saint of Mexican drug cartels, drug trafficking, outlaws, thieves, smugglers, robbers, bandits and people in poverty.

The Malverde statue pictured above was displayed at the third meeting of the U.S. Drug Enforcement Administration advisory committee working with the New Mexico Museum of Natural History & Science to maximize the impact of the DEA exhibition: Drugs: Costs & Consequences, Opening Eyes to the Damage Drugs Cause.

(Link to release about funding for school trip visits: http://media.newmexicoculture.org/release/851/samhsa-through-dea-to-reimburse-costs-of )

“More often than not, whenever and wherever we conduct a drug bust, we find an image of Jesús Malverde,” said Ron Riddle, Former DEA Assistant Special Agent in Charge, Albuquerque DO. “Whether it’s a statue like this one, or a photo image or drawing, Malverde is watching out over these operations.”

According to Wikipedia: ”His nickname Malverde (bad-green) was given by his wealthy victims, derived from an association between green and misfortune. Malverde is supposed to have died in Sinaloa May 3, 1909. Accounts of his death vary. In some versions he was betrayed and killed by a friend. In some he was shot or hanged by local police. His body was supposed to have been denied proper burial, being left to rot in a public as an example.”

Malverde’s existence is not historically verified and likely emerged by combining details of the lives of two documented Sinaloan bandits,  Heraclio Bernal (1855–1888) and Felipe Bachomo (1883–1916). The story goes that he was born in 1870 in the Mexican state of Sinaloa, possibly under the name of Jesús Juarez Mazo. After the death of his parents who lived in poverty, he supposedly became a bandit.

Drugs: Costs & Consequences is a traveling exhibition from the DEA Museum and the DEA Education Foundation. The exhibition has traveled to 16 cities and has been viewed by more than 22 million visitors. The exhibit is on display daily in Albuquerque through Fall 2019 with the end date to be determined.

The DEA drug exhibition provides a very powerful message on the destructive impacts of drug use in our society, on families, health, our environment and community safety. As the depth and breadth of this epidemic have come into focus in New Mexico, the museum was eager to partner with the DEA and our many engaged local partners to lay bare the heinous impact these drugs are having on our society. It was at these meetings that the DEA introduced the advisory committee to Jesús Malverde.

About the New Mexico Museum of Natural History & Science: http://www.nmnaturalhistory.org. Established in 1986, the mission of the New Mexico Museum of Natural History & Science is to preserve and interpret the distinctive natural and scientific heritage of our state through extraordinary collections, research, exhibits, and programs designed to ignite a passion for lifelong learning. The NMMNHS offers exhibitions, programs and workshops in Geoscience, including Paleontology and Mineralogy, Bioscience and Space Science. It is the Southwest’s largest repository for fossils and includes a Planetarium and a large format 3D DynaTheater. A division of the New Mexico Department of Cultural Affairs, the Museum is open seven days a week, 9 a.m. – 5 p.m., and closed Thanksgiving, Christmas and new year’s day. 1801 Mountain Road NW, northeast of Historic Old Town Plaza, Albuquerque, NM 87104, (505) 841-2800. Events, news releases and images about activities at the New Mexico Museum of Natural History & Science and other divisions of the Department of Cultural Affairs can be accessed at media.newmexicoculture.org. 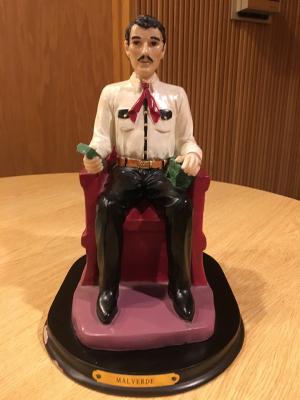