(Santa Fe, New Mexico) -  Following World War I, the American Battle Monuments Commission (ABMC) was established to enhance the overseas military cemeteries for the fallen and to erect memorials to the combat accomplishments of the American Expeditionary Forces (AEF).  In 1925 ABMC retained Paul Philippe Cret (pronounced ’Cray’) as their consulting architect.  He subsequently guided every aspect of their ambitious construction program, including designing the permanent headstones used for overseas American burials. This illustrated lecture will examine Cret’s crucial role in overseas military cemetery design after World War I as well as ABMC’s monument building program.

William Whitaker is the curator and collections manager of the Architectural Archives of the University of Pennsylvania School of Design. On Friday, November 16 at 6 p.m. in the New Mexico History Museum Auditorium, Whitaker will introduce the Cret sites as he saw them in France in 2012, and then explore memorials in a broader context of human experience and memory.  “I want people to take a way a sense of the power and experience of these places, and my sense of how the architect or artist made that work.”

Trained as an architect and architectural historian at the University of New Mexico and the University of Pennsylvania, Whitaker primarily works on documenting and interpreting Penn’s design collections, including holdings related to the of life and work of architect Louis I. Kahn and landscape architect Lawrence Halprin, as well as that of the husband and wife design team of Robert Venturi and Denise Scott Brown. He has lectured on a wide range of subjects related to 20th century architecture, landscape, and community design in the greater Philadelphia region, to audiences in the United States, Canada, Germany and India.

Opened in May 2009, as the state system’s newest museum, the New Mexico History Museum is attached to the Palace of the Governors National Historic Landmark, a distinctive emblem of U.S. history and the original seat of New Mexico government. The History Museum serves as an anchor of the campus that includes Palace of the Governors, the Palace Press, the Fray Angelico Chavez History Library, and Photo Archives. The Museum presents exhibitions and public programs that interpret historical events and reflect on the wide range of New Mexico historical experiences and serves as a history center for research, education and lifelong learning, delivering quality programs that encourage knowledge, understanding and appreciation of New Mexico’s diverse cultures. A division of the New Mexico Department of Cultural Affairs. 113 Lincoln Ave. in Santa Fe, NM 87501. (505) 476-5200. Hours: 10 am to 5 pm daily, May through October; closed Mondays November through April. Events, news releases and images about activities at the History Museum and other divisions in the Department of Cultural Affairs can be accessed at media.newmexicoculture.org. 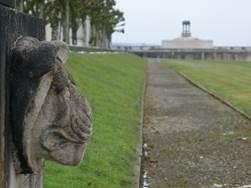 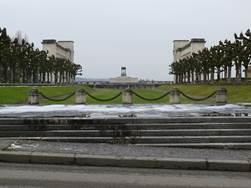