GranMary’s Place – Storytelling at MIAC continues in the New Year


(Santa Fe, New Mexico) -- The Museum of Indian Arts & Culture GranMary’s Place, a beloved story telling program for children, will continue on the first Sunday of the month at the Museum in  2019.

The first three storytelling programs are scheduled January 6, February 3, and March 3 with two sessions per day, at 2 p.m. with another at 4 p.m. The program starts on the hour. Drop by for either session.   The event is free with museum admission.

“This year we will interpret and show how storytelling can be shared through dance, song, drawings or art,” said Joyce Begay-Foss, coordinator of the program.

GranMary’s Place is dedicated to celebrating the memory of MIAC Docent Mary Sudbrink. Mary loved life, children, and telling stories to children visiting the Museum. Her enthusiasm and spirit captured the imagination of those children that heard her many stories. 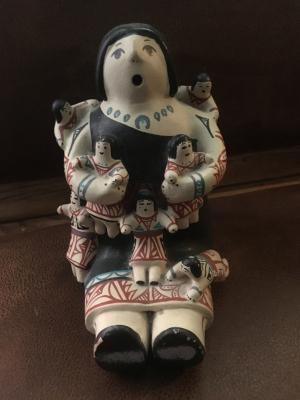