(Santa Fe, NM)—The Museum of Indian Arts and Culture (MIAC) will feature premier Native artists at the Native Treasures Art Market, during Memorial Day Weekend. Artistic mediums include jewelry, pottery, paintings, photography, and ceramics at the Santa Fe Convention Center. The market begins at 10:00 am both days with an early-bird option on Saturday, providing attendees the opportunity to pursue exclusive works by artists who have garnered national acclaim for their craft.

Award-winning potter, Angie Yazzie of Taos Pueblo brings her micaceous pottery to the market. Micaceous pottery is a coiled form that when fired, becomes water resistant, and so traditionally used for cooking. The firing process creates a design on the pot’s exterior called a “fire cloud”, unique to each individual piece. Yazzie comes from a long tradition of creating works in this style, having learned from her mother and grandmother. That legacy presents itself in Yazzie’s award repertoire dating back to 1996. Recent accolades include 1st place in Santa Fe Indian Market’s 2017 Pottery, Best in Show, and Micaceous Classification categories.

Painter James D. Tsoodle of Kiowa and Taos Pueblo, crafts unwritten narratives of Native American Warriors through his paintings. As a child, Tsoodle’s grandmother told him stories that had been passed down as an oral tradition through generations which he renders in acrylic on canvas. Of his own work, he says, “I believe an artist can best portray the image by being well versed in the subject matter. Hopefully if I achieve this, others will be able to see the passion and power in not only the image but the pigment and flow and composition of the painting.” The self-taught artist has been on view across the Southwest, winning many awards, and will be featured at the 2019 Gathering in Litchfield, AZ.

Tammy Garcia of Santa Clara Pueblo joins traditional imagery as well as modern graphics in her work. Garcia pushes the boundaries of ceramic and pottery conventions, creating what she calls a neo-pueblo design vernacular, earning national acclaim. She depicts both Puebloan motifs as well as modern influence, using varied mediums such as glass and bronze. Her work won the James R. Parks Trustee’s Purchase Award at the Masters of the American West¸ and has been featured at the Smithsonian Institution’s National Museum of the American Indian in Washington, D.C.

The Native Treasures Art Market presents diverse skill among the country’s Native population, showcasing both traditional and cutting edge styles. The two-day market coincides the with Native Treasures Living Treasures festival, beginning April 7 and running through the spring of 2020. 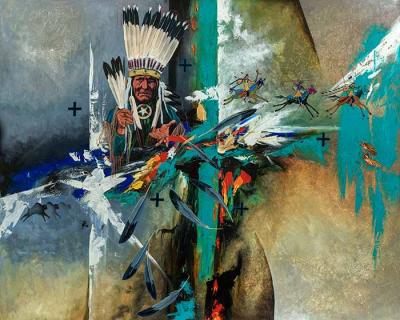 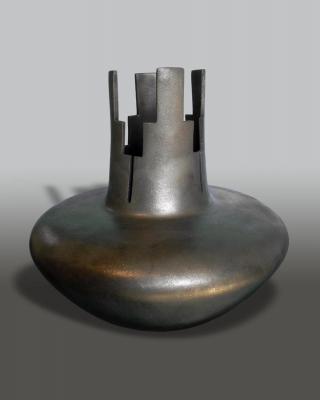