(Santa Fe, New Mexico) – On August 11, 2019, the Museum of Indian Arts and Culture (MIAC) presents San Ildefonso Pottery, 1600—1930, —an examination of pottery from 1600-1930, on view until August 31, 2020. The exhibition centers on refocusing San Ildefonso’s cultural and artistic histories through their own narratives and perspectives. The large body of work prompts discussion about the meanings of these preeminent art forms and fosters an appreciation for the artists of San Ildefonso. MIAC proudly hosts San Ildefonso Pottery, 1600—1930, as the first exhibition to showcase more than three centuries worth of internationally recognized artistry.

Works on view document a creative heritage dating back to the 14th century. It is a pottery making heritage with an abundance of techniques and styles, credited to the San Ildefonso potters. The artists maintain that their history is recorded in pottery; MIAC presents this history from its in-house collection, adding their research to the public body knowledge about San Ildefonso.

Described as more than an art form, the potters discuss cosmology when detailing their artistic processes. The exhibition explores the concept that making pottery and painting is creating a life that resides within each work. The art form itself generates values that carry into daily principals, passed from generation to generation. Imagery used does not represent a likeness or symbol, but rather becomes the form itself. San Ildefonso’s artists describe these practices to be visual prayer.

Of the many stories featured in the exhibition, certain works speak to a partnership between the village and the Museum of New Mexico. The village generously shared knowledge about their culture with the museum, helping build appreciation of their unique culture. Non-Pueblo people appreciated their work helping reverse continuing governmental efforts to suppress Native practices. As a result, the people of San Ildefonso were able to create new pottery forms among other new mediums.

To curate the exhibition, Bruce Bernstein—guest curator and writer, partnered with contemporary San Ildefonso potters Russell Sanchez and Erik Fender, as well as community members. The exhibition focuses on changing previous narratives that represented San Ildefonso pottery, which have been written by mostly non-Native populations.

San Ildefonso Pottery, 1600—1930, opens at MIAC on August 11, 2019 and will be on view until August 31, 2020. This project is a joint project of the Coe Center for the Arts and is supported by Al Anthony, Adobe Gallery, and the School for Advanced Research. 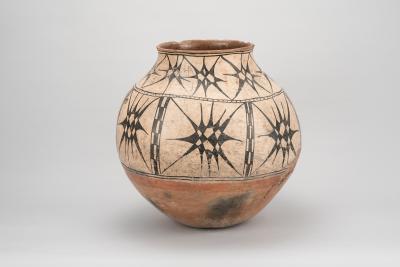 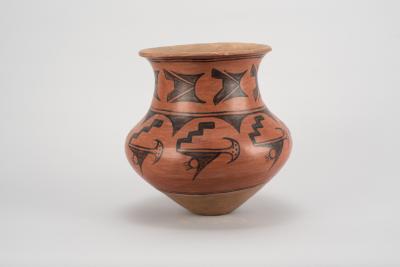 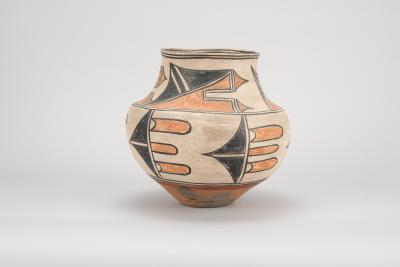 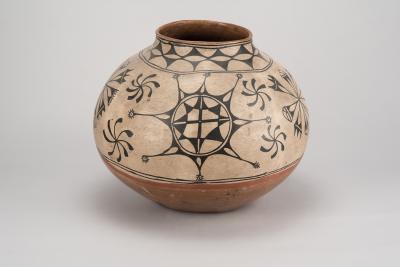 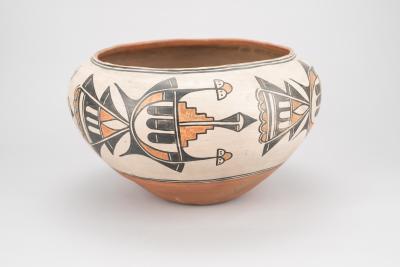