(Santa Fe, NM)—The New Mexico Museum of Art’s (NMMoA) 20th-century sculpture exhibition, Carved & Cast: 20th Century New Mexican Sculpture, will extend its run through the summer until July 28, 2019. The exhibition takes a look at regional sculpture styles specific to the Southwest, centering the medium in its own conversation about innovation and craft.

20th-century New Mexican sculptors employed a variety of methods and materials that have been used for centuries, yet regional artists diversified the genre.  Carved & Cast features sculptors of the 20th century, who drew inspiration from New Mexico’s bouquet of cultures. The exhibition delves into the artists’ practices, each imbued with political and social elements, setting them apart from their peers. Works on view highlight the various influences within metal, wood, and stone works as compared to international aesthetics.

Eugenie Shonnard, an artist who trained with European masters, sculpted busts and forms from her love of New Mexican diversity. An innovator by nature, she developed her own sculptural material of lightweight cement she called Keenstone while also working in a variety of techniques popularized in the 20th century. Having first visited New Mexico at the invitation of Edgar Lee Hewett, she returned to make Santa Fe her home, where she produced busts of Native peoples and commissioned many religious sculptures for churches and chapels.

Una Hanbury, known for sculpting portraits of famous women, crafted the bust of Santa Fe Mid-Century icon, Georgia O’Keeffe. When asked about her work, Hanbury replied that she only created busts of people that she liked and made efforts to create their likenesses after getting to know her subjects, personally. Throughout her career, she also generated works centered on wildlife from the Southwest and became the only living sculptor to exhibit multiple works of art in the National Portrait Gallery in Washington D.C. during her lifetime.

Fritz Scholder, a registered member of the Luiseño tribe, toes the line between realism and abstraction within sculpture. Having been influenced by impressionistic artists, Scholder’s work details the process as much as the subject itself. Works on view exhibit exaggeration and distortion, simultaneously described as morbid and whimsical. In addition to his sculpture work, Scholder was an avid collector of Egyptian artifacts, bringing international influence to his work.

As other 20thcentury visual media gained traction among international audiences, sculpture had not been similarly featured as a premier art form. Yet, in the global context, Southwestern—primarily New Mexican—sculpture presents its own distinct artistry. Carved & Cast pulls sculptures from its own collection to highlight regional skill within the genre and will remain on view until July 28, 2019. 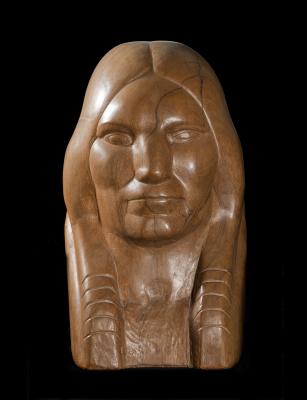 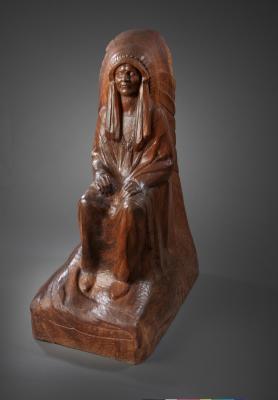 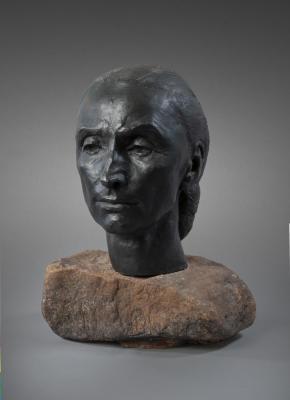 Portrait of Georgia O'Keeffe from Life 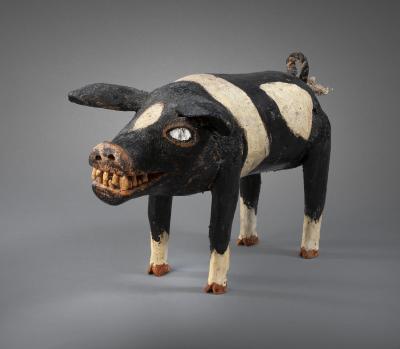 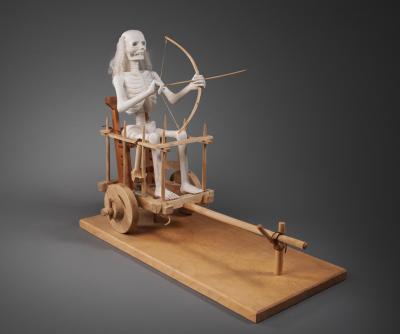 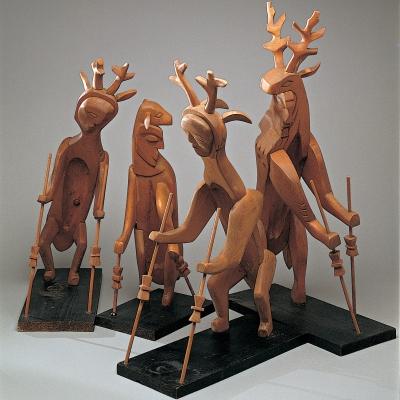 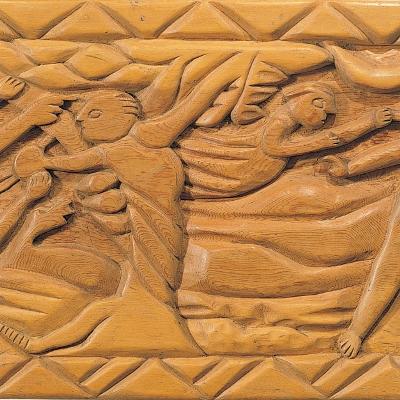 Barela The Garden of Eden