(Albuquerque, New Mexico) -- The New Mexico Museum of Natural History & Science will screen the movie Capcom Go! The Apollo Story beginning the first Friday in June. Many obstacles had to be overcome before NASA was able to put a man on the moon. Capcom Go! tells the story behind that historic moment that occurred 50 years ago this summer.

A production of NSC Creative, Capcom Go! The Apollo 11 Story will be shown in the planetarium at noon beginning June 7. The program highlights the key people who made moon missions possible including one of New Mexico’s own: former NASA astronaut Harrison Schmitt.

The planetarium will also start a new schedule with all of its shows highlighting the moon to honor the Apollo 11 anniversary. The 11 a.m. & 3 p.m. planetarium shows will now include a 5-minute Apollo 11 feature called, A 50th Anniversary Tribute to Apollo. The new schedule will be in effect every day except for holidays when the museum is closed.

June 7 is also the First Friday of the month, when the museum reopens at 5:30 p.m. and stays open until 9 p.m. Visitors can enjoy special, hands-on activities and videos about the moon in the museum atrium that night. On the First Friday of each month, evening entrance to the museum is only $5, although museum admission purchased earlier may be used to return throughout the day.

Also on the night of June 7, fractal experiences will be presented in the planetarium at the usual times for the usual admission charge. At 6:30 p.m., the DynaTheater will show Superpower Dogs for an additional $5 per person. This 3D feature describes the life-saving superpowers and extraordinary bravery of some of the world’s most amazing dogs. 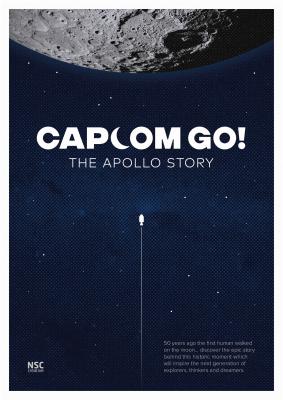