Lynne Cooke’s lecture will consider the work of those who have created art on the periphery, and the moments when these unschooled “outsiders” intersected with the avant-garde. Variously called primitive, amateur, self-taught, naïve, folk, visionary or outsider, these creators are routinely excluded from the art historical canon on the grounds that they have not followed a path of academic art schooling and participated in mainstream art discourse and markets. Cooke offers an alternative narrative that focuses on key moments of intersection between “outliers” and “modern:” credentialed artists who advocated on behalf of their uncredentialed counterparts, and major art institutions which embraced such work at specific moments of cultural change when the boundaries between the center and periphery became unusually porous. Today, when it is often difficult to identify visually work made by trained and untrained makers, there are few justifications for maintaining unquestioned these calcified categories. Among the “outlier” artists whom Cooke will address are Forrest Bess, Henry Darger, William Edmondson, Lonnie Holley, Sister Gertrude Morgan, Martín Ramírez, Bill Traylor, and Judith Scott.

In 2014, Lynne Cooke was named senior curator of special projects in modern art at the National Gallery of Art (NGA). Previous to assuming this position, she was the Andrew W. Mellon Professor at the NGA’s Center for Advanced Study in the Visual Arts (2012-2014), the deputy director and chief curator at the Museo Reina Sofia in Madrid, Spain (2008-2012), and curator at the Dia Art Foundation in New York (1991-2008). Among the notable exhibitions she has organized are projects on Cristina Iglesias, Rosemarie Trockel, Blinky Palermo, Francis Alÿs, Richard Serra, and Zoe Leonard.

The exhibition Outliers and American Vanguard Art took place at the National Gallery of Art in 2018, then traveled to the High Museum of Art, Atlanta, and the Los Angeles County Museum of Art. 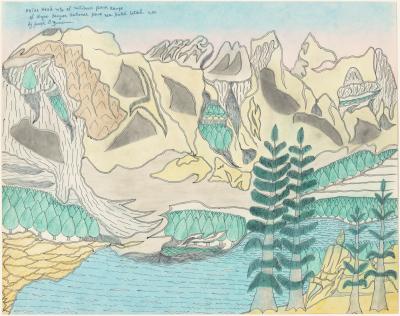 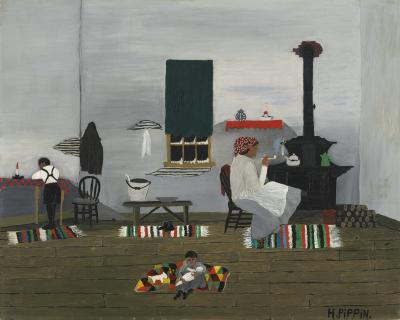