(Santa Fe, New Mexico) –The Museum of Indian Arts and Culture hosts Cochiti artists Diego and Mateo Romero as they create a mural confronting the Missing and Murdered Indigenous Women epidemic on Sunday, August 4, from 1:00 p.m. to 4:00 p.m. As part of the Romero Brothers’ current exhibition, The Brothers Chongo: A Tragic Comedy in Two Parts, the mural will be painted at Milner Plaza where guests can interact and speak with the artists.

According to the Coalition to Stop Violence Against Native Women and the U.S. Department of Justice (DOJ), Native women suffer murder and violence rates at more than ten times the national average. A study conducted by the Urban Indian Health Institute identified 5,712 cases across the United States alone in 2016, only 116 of which were reported by the DOJ. In a sampling of 506 individual cases in seventy-one participating cities, researchers identified 128 missing women, 280 women murdered women, 98 women of "unknown" status, and an average age of 29. The Romero Brothers’ mural seeks to bring attention to the national epidemic in an effort to raise awareness and inspire action.

The mural runs in conjunction with MIAC’s The Brothers Chongo: A Tragic Comedy in Two Parts, MIAC’s 15th Native Treasures exhibition. The Native Treasures award recipients, Diego and Mateo Romero, first exhibited their work more than twenty years ago and now proffer works that adapt ancestral Pueblo forms and imagery to speak to current issues. Diego’s pottery and lithographs and Mateo’s paintings and lithographs and the mural will remain on view until October 2019.

MIAC invites the public to not only view the mural created on August 4, but to speak with the artists about the issues that impact women in Native communities across the country and create a space honoring, remembering, and celebrating Indigenous women.

Location: The Museum of Indian Arts and Culture, Milner Plaza 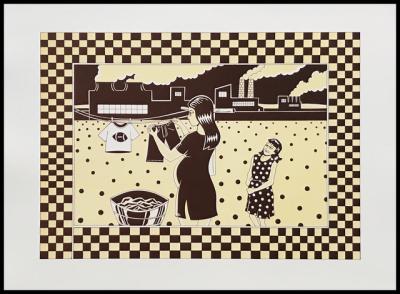 Girl in the Anthropocene 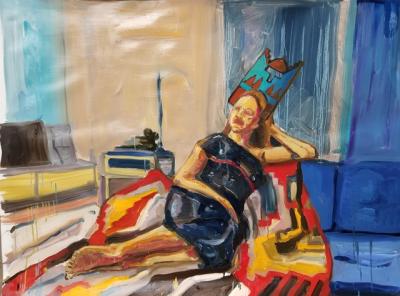