El Palacio became the country’s first museum magazine in November 1913. Its namesake, the Palace of the Governors, distributed the first iteration as a reference for works and artifacts curated for the first exhibitions at the Museum of New Mexico. As the state opened more museums and the exhibitions became more extensive, the pamphlet evolved into what readers see today.

In the words of one writer, Laura Addison, curator at the Museum of International Folk Art, El Palacio “has appeared over the years in numerous manifestations, from its beginning as a thin pamphlet in the teens to a journal that grew from the ‘50s through the ‘80s to a glossy magazine with color art and (gasp!) advertising in the 1990s.”

Under DCA’s stewardship, the magazine continues to cover the art, culture, and history of the Southwest as reflected in the exhibits, public programs, and scholarship of the department’s four Santa Fe museums—New Mexico History Museum /Palace of the Governors, Museum of International Folk Art, Museum of Indian Arts and Culture/Laboratory of Anthropology, and New Mexico Museum of Art; its seven State Monuments—Coronado, Jemez, Fort Selden, Fort Stanton, Lincoln, Fort Sumner Site/Bosque Redondo Memorial, and Los Luceros Historic Site; and the Office of Archaeological Studies, which collects and shares information about prehistoric and historic sites across the state. In addition, the magazine will soon expand its coverage to include other DCA museums.

Claudia Valentino, editor in chief of Archaeology magazine, discusses the magazine. “El Palacio succeeds in the ways that all fine magazines must – by forging a deep connection with its audience via authoritative and entertaining narratives. Resting on the collective scholarship and curatorial expertise of New Mexico’s impressive array of museums and cultural sites, El Palacio’s reach encompasses nothing less than the art, culture, prehistory, and history of the southwest, accented by the stories of the people whose lives, work, and fortunes, whether good or ill, played out on this unique landscape and continue to today. El Palacio, having only recently passed its centenary, has become a part of the very history it covers.”

With increasing technological demand, the magazine has expanded its digital content in addition to its publishing platform. El Palacio will now include five years of digital editions within its archives as well as one-hundred years of searchable PDFS, dating back to the magazine’s first editions (click here). The initial website, which presented magazine content in the form of article PDFs, launched in 2006. Although that format preserved the design of the print magazine, it steadily became less user-friendly in the age of responsive digital reading on smartphones and tablets. El Palacio’s many iterations reflect its legacy of growing with New Mexico’s arts and culture communities. This legacy continues as the magazine adds a digital publishing platform to its repertoire.

“El Palacio is already well-known for making the Southwest’s history come alive for its readers,” says Publisher Shelley Thompson. “With this contemporary, redesigned website, we now have countless opportunities to demonstrate how robustly it connects to the present and future.”

Exemplifying the magazine’s reach, El Palacio’s summer 2019 edition received two article reprint requests from the Georgia O’Keeffe magazine as well as Indian Country Today, suggesting a growing need for larger access among the magazine’s cohorts. The new site will also accommodate a wider news reach, publishing content outside of the print edition’s capacity and production timelines. El Palacio plans to use the website to share timely and expanded coverage to varied and diverse audiences.

In addition to becoming a digital publication, El Palacio welcomes new editor-in-chief, Charlotte Jusinski. Jusinski joins El Palacio from the Santa Fe Reporter, where she has spent the last three years as copy editor. She has penned SFR’s award-winning "Acting Out" theater review column since 2017, and received a second-place Top of the Rockies award from the Society of Professional Journalists in 2019 for her coverage of a nonprofit that provides aid to Native elders on the Navajo Nation.

Jusinski brings to El Palacio’s expanding publishing platforms an insatiable drive to learn and explore our state’s history, present, and future, as well as a desire to amplify voices not always heard in institutional settings.

El Palacio—the name endures. Where it once acknowledged the magazine’s first home, the magazine itself has become a royal residence, a “house eminently splendid,”1 for the narrative that is New Mexico. 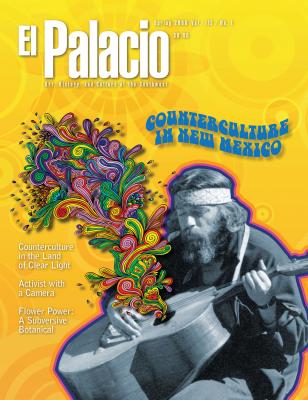 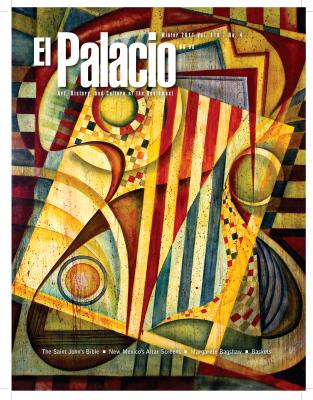 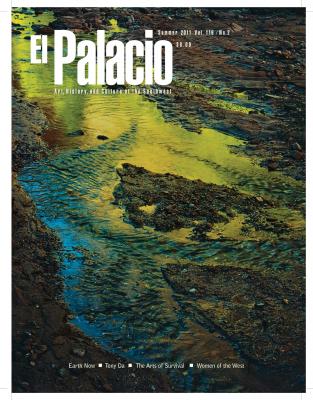 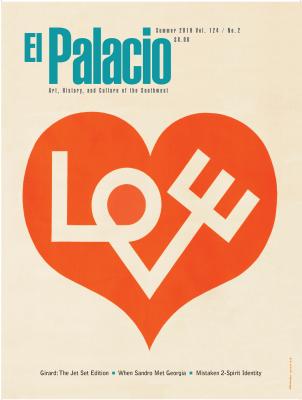 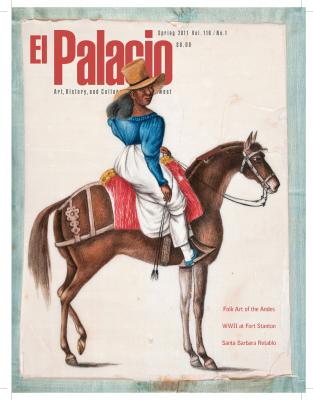