(Santa Fe, NM)— The New Mexico Museum of Art, The William Dailey Trust and Dr. Nicole Panter Dailey are pleased to announce the irrevocable gift to the Museum of eight works of art by members of the Transcendental Painting Group (1938-42). The Transcendental Painting Group (TPG) was formally established in Taos, New Mexico. The group was committed to innovative new directions in Modern American art, their manifesto announced their goal to “carry painting beyond the appearance of the physical world, through new concepts of space, color, light, and design, to imaginative realms that are idealistic and spiritual.”

The gift includes four abstract works by group cofounder Emil Bisttram, including Constellation, 1956, The Flaming One, 1964, and one of his last major abstract paintings, The Archetype, 1974; two canvases by Robert Gribbroek, Iris, 1935 and Beyond Civilization to Texas, 1950; and the Museum’s first acquisition of pieces by the group’s secretary Dane Rudhyar, an untitled pencil drawing from 1940 and Fantasy, a watercolor on paper from 1948. With this donation, the New Mexico Museum of Art will be one of the only public institutions to hold artwork by Gribbroek or Rudhyar. The works were collected by the late William Dailey, a rare book dealer based in Los Angeles and Palm Springs, California and Nicole Panter Dailey, a psychologist and professor of film at the California Institute of the Arts.

In 1967, at twenty-two years old, William Dailey headed west from Indiana to meet Dane Rudhyar in order to have his astrological chart done by Rudhyar. When William met Rudhyar, twenty-five years after the TPG disbanded, Rudhyar, despite being considered one of the world’s greatest humanistic astrologers and a respected avant-garde composer, was living in near-poverty in Lake Elsinore, California. Dailey and Rudhyar developed a friendship that lasted until the end of Rudhyar’s life in 1985. At some point, William acquired a graphite abstraction from Rudhyar, which became the first piece in his TPG collection. In the years before meeting Nicole, William acquired the first four of the TPG pieces that are part of their gift to the Museum.

William and Nicole discovered their mutual love for New Mexico and the TPG early in their courtship. Both considered the New Mexico Museum of Art’s Agnes Pelton painting, Awakening a personal favorite. They completed their TPG collection with four additional paintings purchased jointly. At the time of Bill’s sudden passing in December 2017, Nicole and Bill were researching institutions that might be the eventual recipient of their collection. Both agreed the paintings belonged in New Mexico. In August of 2018, Nicole Panter Dailey worked with the Museum to craft the details of the gift and finalize their bequest.

“The work of the TPG is important in the evolution of modernism and the history of art in New Mexico,” said Dr. Nicole Panter Dailey. “We were very aware that our stewardship of the works gave us a responsibility to do right by honoring their place in art history when finding a final home for them. Bill and I had no doubt that these paintings should come back to New Mexico, that they belong here. The New Mexico Museum of Art checked all the boxes for us and the curatorial staff has been so knowledgeable and enthusiastic about this acquisition, it was obvious this was the right fit.”

“The museum currently holds over 90 works by major TPG members, but this irrevocable gift adds significantly to quality, breadth, and depth of story the Museum is now able to tell about the group,” said Curator of 20th Century Art, Christian Waguespack. “We are grateful for this significant donation to the Museum from The William Dailey Trust and Dr. Nicole Panter Dailey and thrilled to expand our collection of works by one of New Mexico’s most groundbreaking community of artists.”

William Dailey was born in Philadelphia but grew up in Evansville, Indiana. Perhaps as a reaction to his conservative surroundings in post-war Evansville, Dailey developed an early interest in subjects that were considered esoteric at that time. His interests as a boy in the 1950s included Vegetarianism, Hinduism, Buddhism, Astrology, Alchemy and Mesmerism. In 1968, William entered the rare book trade in 1968 at the storied Zeitlin & Ver Brugge Booksellers in Los Angeles and after a three-year apprenticeship opened his own shop specializing in the arcane. Dailey Rare Books was still a going concern forty years later at the end of William Dailey’s life. Dailey also taught himself the craft of letterpress printing and became a respected publisher. Dailey amassed a now-famous library of psychotropic drug-related literature that was eventually donated to Harvard. He also donated a large collection of vegetarian literature to the Lilly Library at Indiana University.

Nicole Panter Dailey grew up in Palm Springs California, but ran away to Los Angeles in her mid-teens and became a member of the “Class of ‘77” –the first generation of Los Angeles punk rockers. She managed the notorious band The Germs and was a featured interview in the underground documentary classic “The Decline of Western Civilization.” In the mid-eighties, Panter left the US and traveled the world. During that time she studied various traditions that involved transcendent states, these included Voudoun in Haiti; Santeria in California; and the Lakota Sun Dance on the Rosebud Reservation in South Dakota. William and Nicole each visited New Mexico as children and both felt a deep connection to the area.

Panter Dailey is a volunteer psychologist at a middle school and a free clinic in Los Angeles, in addition to her teaching work at the California Institute of the Arts. 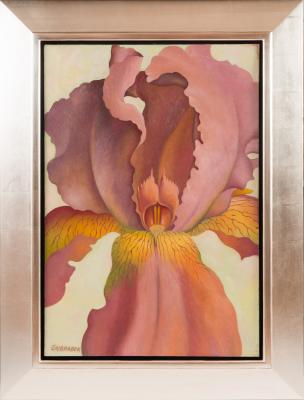 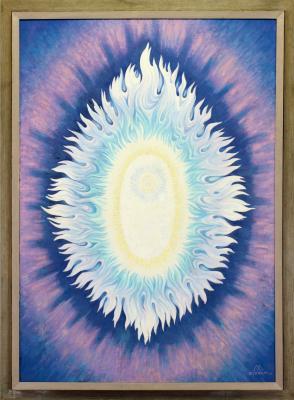