Maritime Archaeologist Eric Ray speaks on “Navio Quebrado: The Wreck of La Belle and the Failed French Colony in the Southwest” at 2 pm, Sunday, Dec. 19, in the History Museum Auditorium. The lecture is free with admission; Sundays free to NM residents. The Threads of Memory Lecture Series accompanies the U.S. debut of the exhibit The Threads of Memory: Spain and the United States (El Hilo de la Memoria: España y los Estados Unidos).

At the Corpus Christi Museum of Science and History, Ray has worked on the remains of the 17th-century La Belle, discovered in 1995 in the shallow waters of Matagorda Bay. In 1685, Rene-Robert de La Salle headed for the Gulf of Mexico hoping to start a French colony at the mouth of the Mississippi River. The expedition was troubled from the start. Pirates, politics, wildlife, infighting, incompetence, shipwrecks, and trouble with native people hobbled the journey. Eventually, La Salle’s last ship (La Belle) sank, along with its supplies, all but dooming the colony.

La Salle decided to try to move his diminished group of settlers, but, somewhere outside of Houston, they murdered him. Some of the survivors walked to Quebec, then sailed back to France. Others lived among the Caddo people until they were picked up by Spanish soldiers. Two of them, Jean de l’Archeveque and Jacques Groslet, settled in Santa Fe as Juan Archibeque and Santiago Gurulé, founding family dynasties that thrive today.

In 1995, the wreck of La Belle was located by Texas Historical Commission archaeologists. For two years, recovery work managed to save about 40 percent of the hull and many of the artifacts. Ray’s lecture will include photos of these artifacts – many of which have never been on exhibit. He’ll also talk about how La Salle’s effort successfully diverted Spain’s attention from its other interests in New Spain.

The Threads of Memory: Spain and the United States (El Hilo de la Memoria: España y los Estados Unidos) is sponsored by the Fundación Rafael del Pino and, along with the Archivo General de Indias (General Archive of the Indies), is co-organized with the State Corporation for the Spanish Cultural Action Abroad (Sociedad Estatal para la Acción Cultural Exterior, or SEACEX), in collaboration with Spain’s Ministries for Foreign Affairs and Cooperation and Culture. The exhibition and lecture series are supported locally by the city of Santa Fe, Wells Fargo Bank, Heritage Hotels, the College of Santa Fe and the Palace Guard.

Upcoming in the Threads of Memory Lecture Series: 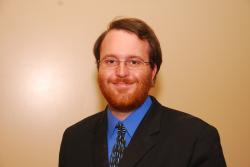