Drawn primarily from the museum’s rich collection of Modernist art, An American Modernism explores the quest by early twentieth-century artists to find a distinctive American voice and to define art for the modern age. The exhibition, organized into four subject themes – Industry, Nature, Urban, and Rural – illustrates artists’ struggle to identify which subjects best defined contemporary American life and art. A fifth section of the show focuses on the variety of stylistic approaches artists used in seeking a distinctive visual language of Modernism: Abstraction, Formalism, and Flattening.

Modernism began in Europe in the late 1800s as a response to the dramatic social changes brought by the Industrial Revolution. Initially quite controversial in its rejection of traditional artistic styles and subject matter, Modernism was embraced in the United States by a small, interconnected group of vanguard artists, primarily based in New York City and other urban centers. It wasn’t until after World War I that these artists, along with writers and other cultural figures, sought to distinguish their own brand of this artistic movement from its European roots and attempt to define a uniquely American approach to art.

“This was one of the most dynamic periods in American art,” said exhibition curator Katherine Ware. “The world was changing rapidly and many felt it was the dawning of a new age in which this country had an important leadership role. Artists took their contributions to that movement very seriously and the exhibition articulates some of their efforts to find new subjects and forge a new language for modern times.”

Photography plays a prominent role in the show as its discovery coincided with the rise of Modernism in the 1800s and because many artists seized upon the camera as the ideal machine-age instrument. Photographers Ansel Adams, Paul Strand, Edward Weston and Willard Van Dyke were particularly involved in establishing a Modernist approach to the medium. In addition to their contributions, the exhibition features four photographs by Alfred Stieglitz from his Equivalents series, in which he shifts away from photography’s role as a descriptive tool and moves toward abstraction.

Oil paintings continued to be important vehicles for expression, but in keeping with their interest in new horizons, many artists explored the possibilities of the less-dominant mediums of printmaking, photography, and watercolor. The exhibition includes Modernist watercolors, prints and drawings as well as the more traditional medium of oil colors.

“Most artists involved in defining American Modernism came to New Mexico or had direct contact with those who worked here,” said exhibition curator Katherine Ware. “Though many of them visited from other parts of the country, their time here was central to their efforts to forge a national vision and voice.” New Mexico’s key role in the development of American Modernism is showcased throughout the exhibition in works made by Dasburg, Davis, Hartley, Marin, O’Keeffe, and Wells.

Please consult the New Mexico Museum of Art website www.nmartmuseum.org for scheduled programs. Other public programming will be announced.

ABOUT THE FALL OF MODERNISM

The Fall of Modernism is a citywide collaboration that celebrates the Modernist art movement in America and runs from September of 2015 through January of 2016 anchored by the New Mexico Museum of Art and the Georgia O’Keeffe Museum. The New Mexico Museum of Art will present two exhibitions, O’Keeffe in Process and An American Modernism. It is complemented by the Georgia O’Keeffe Museum’s exhibition, From New York to New Mexico: Masterworks of American Modernism from the Vilcek Foundation Collection. Numerous art galleries in Santa Fe will showcase Modernist art with exhibitions, programming, and events. For information about the exhibitions, related public events, and a joint museum ticketing program, the public is invited to check the web site fallofmodernism.org. 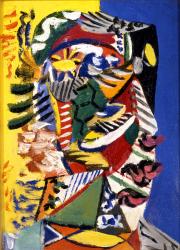 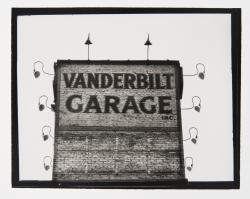 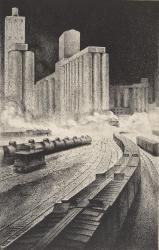 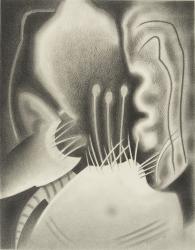 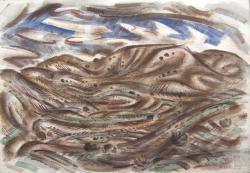